The mirror of celebrity culture gives us a chance to sneak a look at out own lives and see them in a slightly different way. We can borrow some of their air of glamour and excitement to spice up our humdrum day-to-day life, or feel better about our own problems when we see them spectacularly outshone by those of a famous person in the midst of a public breakdown.

One of the most egregious examples of this comes in the way we respond to celebrity couples. Looking at celebs get together, break up, engage in marital dramas and air their dirty laundry in public is a staple of the tabloid news cycle and can bring previously untouchable figures down to earth, making them seem more human than before.

However, as in real life, some celebrity couple are just really irritating. For some pairs, it's because their constant on-off-on relationship begins to wear the facade of reality thin and smacks of desperate, insincere attention-mongering, for others it's because they seem so ridiculously happy it just seems a little unfair on the rest of us.

These are just some of the relationships which began to overstay their welcome in the public eye. 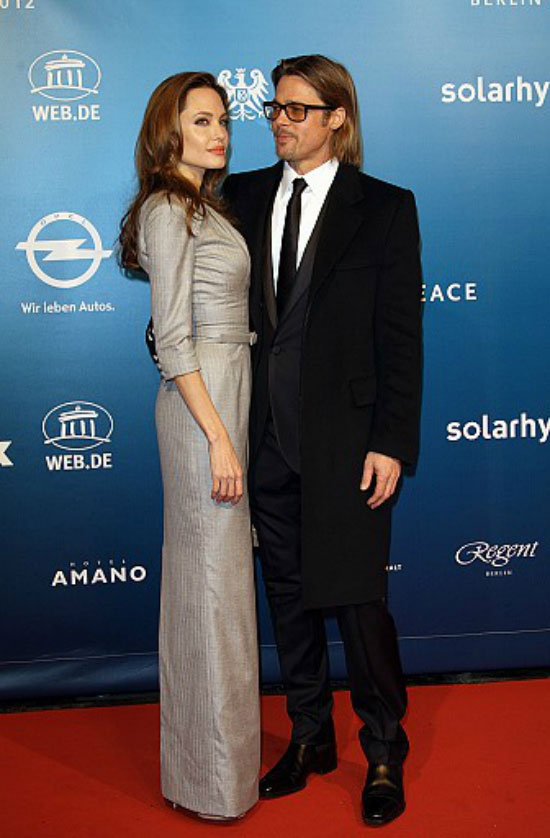 Probably the worst thing about the media coverage of celebrity dating is the name mashups magazines and newspapers feel compelled to thrust upon their favourite stars to indicate their new-found closeness. They dubbed these two Brangelina, which frankly sounds like something best kept at the back of a sock drawer or in the darker recesses of a medicine cabinet.

Pitt and Jolie are the epitome of a power couple, two of America's most famous actors and philanthropists. From what I can tell, Angelina Jolie is now largely in charge of the UN, but mostly shirks her administrative duties in favour of Mary Poppins-ing around the globe with her small army of children.

Arguably, they're so annoying because they're such a successful and effortless pair, like the couple everyone knows who never seem to fight because they just trust each other so much. 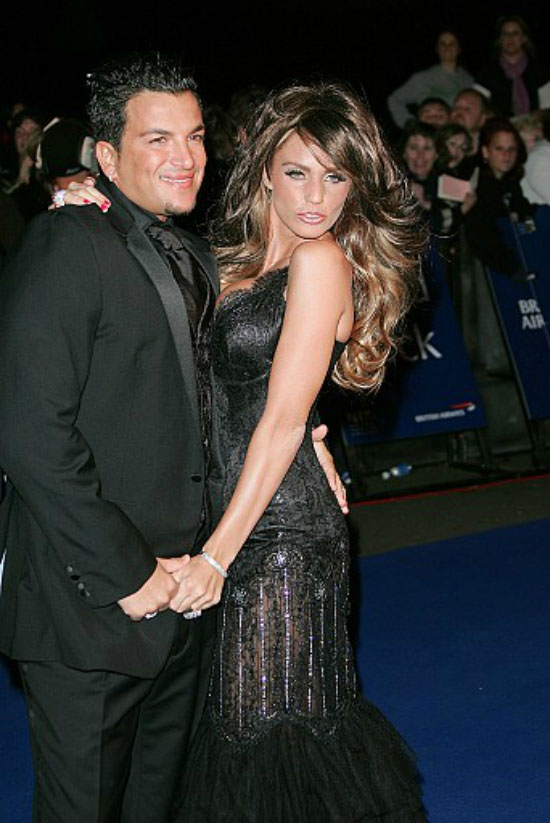 It would require a complex blend of high-end algebra and Daily Mail headlines to decide whether this perennial staple of trashy British TV were more annoying separately or apart, before they got together or afterwards.

I actually quite like Jordan, or Katie Price - she seems unfairly victimised a lot of the time and has her every utterance torn apart as evidence of the UK's moral decline. Together, though, they made the perfect storm of trashy celebrity couples, a good example of the fascination a relationship car-crash can hold. Just like watching the couple beside you in a restaurant argue over the bill, Jordan and Pete offered equal measures of cringing embarrassment and irritation. 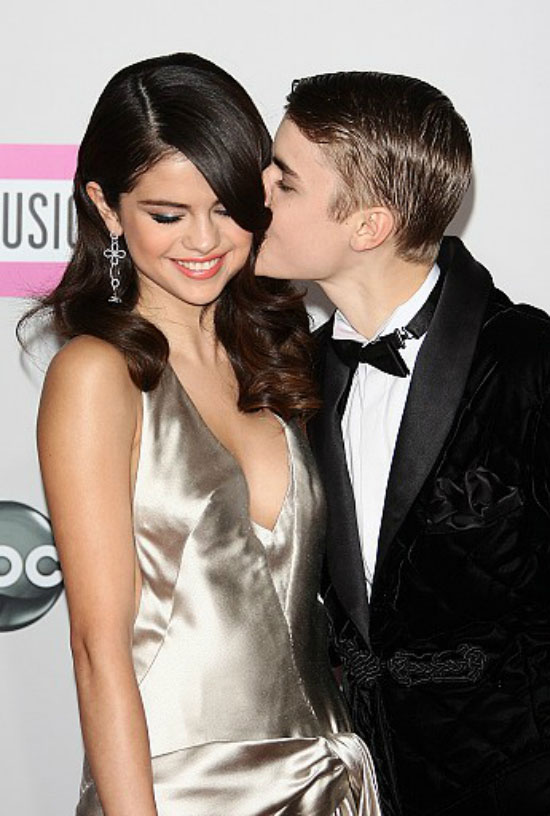 My main feeling about Justin Bieber and Selena Gomez is that they must have some kind of dark secret and that their wholesome, love's-young-dream attitude is all designed to hide it. Maybe Bieber is secretly 43 and being marketed as a teen idol by shadowy executives, with Gomez working as his beard to try and maintain the illusion.

They're also annoying in the way new couples can be, acting like soulmates after a handful of dates. It would be nice to be happy for them, but it's hard not to be bitter and wonder when the bubble is going to burst. 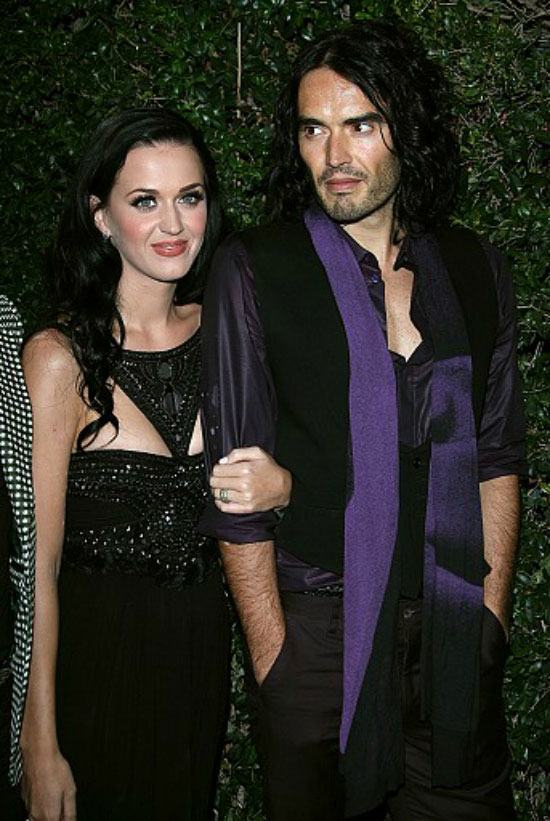 P-Rand (I'm not sure if this was a thing, but it is now) seem like an unlikely couple, given that Russell Brand has made a career out of outrageous philandering and access to a comprehensive thesaurus, while his better half has always appeared suspiciously like a heartless pop robot.

Their courtship and eventual marriage was characterised by a succession of smug announcements about how happy a couple they were, how well they got on, and so forth, as if their massive wealth and shiny hair wasn't already enough to inspire jealousy among us ordinary people.

This is a good lesson for anyone setting out on a date and hoping it goes well - they should remember that, if it does, it's important to resist the urge to corner people in darkened bars and rave at them about how you've finally met The One.

With Perry and Brand recently announcing their separation, it's clear that telling everyone you know how happy you are in a relationship tends to set you up for something of a fall. 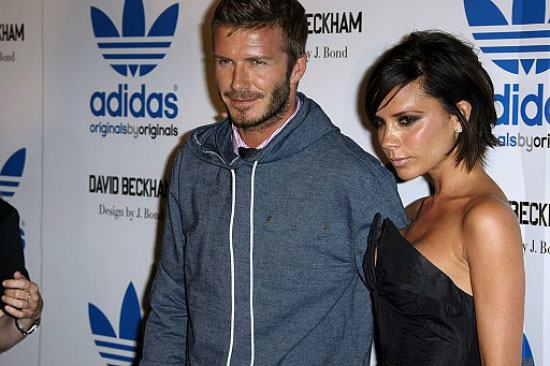 David and Victoria Beckham are kind of like the Royal Family in their longevity, their public profile and their pervasive control of Britain's power structures, although they are considerably more photogenic.

I don't actually find David and Victoria Beckham all that annoying, I can't even pretend. I think they're lovely. They seem to genuinely get on and enjoy making fun of their children by giving them ridiculous names, and they look good together.

Really, celebrity couples are just like real couples, apart from being impossibly wealthy and having their every move stage-managed by a team of media experts. Some couples work together, some couples don't, but it's always fun finding out what way it's going to go.